Recently a friend and fellow HSCT survivor (in this case MS) alerted me this article about a very new trial that is happening in Sydney with HSCT for autoimmune diseases.  Firstly I just want to say that starting a treatment such as this in Sydney is fantastic for all Australians.  In an international arena our politicians are very good at lauding Australia as being one of the best but with HSCT for autoimmune diseases we have been caught dragging our feet.

But it is this article I want to focus on now.

For those that don't know, The Age is a very popular and respected newspaper in Australia and while it is great that we have a trial here in Australia and it garnering publicity, I had huge problems with the inaccuracies of the article.  I will list them below:-


However, after thinking about it a bit more I was left wondering if this is not just a factually incorrect piece but a reflection of what society thinks of the procedure?  It is hard to judge as I am one of the few who swim very close to the centre of this small circle so to try and foster a perspective from the outside looking in is quite difficult.  So at the least I hope that the people that will read this post will keep an open mind about the procedure of which I will say I am a huge advocate of.  If you want to know why, just read some of my earlier posts.

Stay well:)
Posted by ShakesandStones at 10:00 PM No comments:

Well, my last post was of a very serious nature.  It was a topic of extreme importance and needed to be had.  But it is time to change the pace a little, add a bit of humour and hopefully do a bit of good for what I believe is a very noble cause.  Yes people, I'm have enrolled in Movember.  For the 30 days of November I will be cultivating a hairy upper lip to try and raise money and awareness for mens health issues.

Now I have already made the decision to grow a mo but the decision that is still baffling me is which mo to grow.  There are so many alternatives to what is best so I'm asking my faithful and diligent readers to assist me in my mo design.  Hear are a few ideas..... 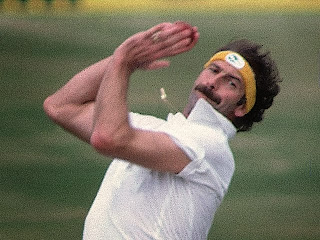 Never has there been a moustache that has struck so much fear into the hearts of English batsmen.  The mo and the red missile was a majestic combination which spearheaded the the Australian cricket teams dominance during the seventies.  For those who don't know about cricket the closest comparison would be Magnum PI.  This mo commanded respect and oozed testosterone.  The pinnacle of manliness. 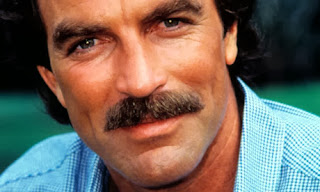 Everyone has heard of Charlie Chaplain.  Arguably the first ever movie superstar.  He had a mo that fit snuggly under his nose and in the days of black and white films became an icon of the industry.  Unfortunately, his mo was made doubly famous by Adolf Hitler.  I'm going to call it the Charlie Chaplain though because he was a fun loving comedian who blessed the silver screen and the other was, well, Hitler. 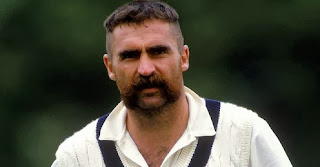 Yes, Merv Hughes was an Australian fast bowler and yes he did have a mo.  But this was no ordinary mo.  This was a high octane, supercharged mo and as a result deserves it's own category.  Without doubt, the most famous mo in the history of cricket.  However, on the down side even the thought of growing this one sends shivers down my spine.  I don't think I could do it justice.  There are few things that would scare a Greek God.  Chuck Norris out for vengeance or the underside of a Scotsman's Kilt might do it, but so would Merv's mo. 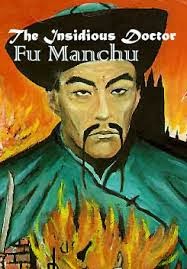 One of literatures most famous super villain and master assassin, Fu Manchu, created by Sax Rohmer is almost as well known for his mo as his evil deeds.  This mo makes a statement but on the downside it is long and I only have a month of growing, so I might have to leave this one to the Arch Nemesis of Denis Nayland Smith. 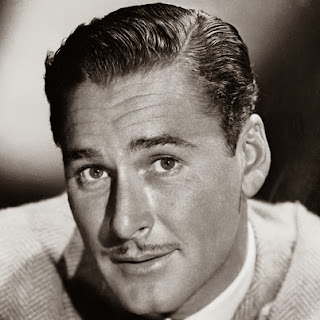 This mo quite simply oozes class, style and sophistication.  And didn't Tasmania's most famous export (well, until princess Mary of Denmark from Tasmania in Australia) do it justice.  The pencil thin, 'less is more' style of this mo sets it apart.  On the plus side, this mo would be achievable in a month but on the downside the question is could I carry it off like Errol Flynn. 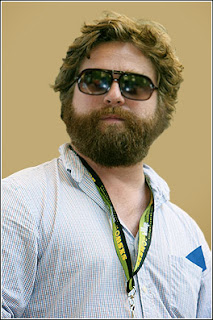 This is not just a mo, it is the fully loaded facial hair ensemble, but it does include a mo so I could use it.  On the plus side it would require no manscaping so it would save time but it can be itchy so the question is could I handle growing it for a month? 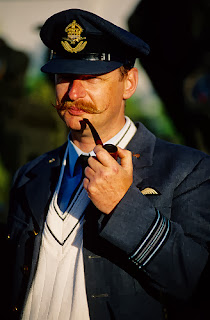 Tally ho old chap!  Let's show these Jerry pilots that there's no place for them in the skies above Old Blighty!  Whether this 1940's version of the handle bar moustache helped in the progression of this endeavour is anyones guess?  This mo has a personality all of its own but given some length is required means I probably won't be able to carry it off.  Also to complete the look I would have to smoke a pipe and this is a no go as I am very much anti smoking.

Well I think after my facial hair evaluation I have rounded the choice down to three types of mo.  As much as I like the Fu Manchu I think this would be impractical.  So the choices are the Australian Fast Bowler, the Zach Galifianakis or the Errol Flynn.  I need your help and input to decide so let me know what you think.

Oh, and you can donate to the cause at my Movember page here.

It is with great sadness that today I am writing about a fellow HSCT patient that passed away recently after complications.  I did not know Gabriella.  I hadn't even talked to her but the HSCT for autoimmune diseases community is still quite small so I certainly knew of her.

However, as an HSCT patient and advocate of the procedure it raises many questions.  Some of these discussion points can be of a rather "sticky" nature but I think it is important to raise these questions and talk about them.  Essentially we need to tackle the proverbial elephant in the room.  My points are:-

Personally I feel that given the evidence that we now have available it is a relatively safe procedure.  With any medical procedure, from a simple blood test to open heart surgery there is a risk.  The fact that other facilities offering the procedure have not changed their practices at all says to me that is not the case.

Honestly I can't answer this.  I have never been to India to see the facility or meet the doctors involved. In fact I have never even researched the hospital so I can't and won't give an opinion.  However, the hospital has shut down its HSCT unit pending an investigation.  I can only think this is a good thing.  Carrying on in a cavalier fashion as if nothing had happened would be negligent.
Blame is such an ugly word.  Blame assumes that someone was at fault and that might not be the case at all.  It could very well be that all protocol was followed thoroughly and her death was nothing more than a tragedy.  I am actually going to use the word responsible as there is not an assumption of guilt on those who are responsible.  So who is responsible?

Now before you condemn me as an insensitive evil pig please read to the end as I will explain myself.  The person most responsible is the patient, in this case Gabriella.  "My Gosh" I hear you say.  "Wasn't she the victim?"  Well, yes she was.  But she was also the one who decided to go through with the procedure.  She would have known the risks and would have weighed up the pros and cons, the risks and benefits and would have made her decision.

I know this because it was the thought process that I went through before I left for Chicago.  I had weighed up all the variable and outcomes I could think of and yes.  The fact I could die did play a part. Some people thought I might be mad.  That I was gambling with my life.  I could not have thought of it more differently.  Sure, there was a choice not to have the procedure.  But that choice involved still having CIDP.  Living with pain.  An inability to move properly and a massively dysfunctional sense of feel and touch coupled with balance issues.  When this is you situation, you start to think very differently about your situation.

In a similar way to me having brain surgery, I went into my transplant with my eyes wide open.  I am sure that Gabriella did too.  I also have to say that if I did die due to my transplant I would not have wanted anyone else to be responsible.  I made the decision and I was prepared to take responsibility for whatever the outcome.  I had even prepared a series of video messages for a variety of people and one of the points I wanted to make was that I was the one responsible.  The last thing I wanted was for people to go around blaming each other for my decision.  And whilst I got the blessing to go ahead with it from close friends and family, as well as past patients who advocated strongly for the procedure, The final decision was mine and mine alone.

It is a tough one to answer because I have the benefit of hindsight.  I think I would have still gone through with it.  I would have looked at the mortality statistical data for my chosen institution and decided it was the right decision.


It is never easy contracting a nasty auto immune disease like CIDP or MS.  We just have to make the best decisions that are available to us at the time.  I for one believe that HSCT is a warranted and viable option for autoimmune diseases and I would still recommend it to anyone who is in a similar position to what I was.  Gabriella, I hope that you can now rest in peace and I also hope that we can learn from your experience so your passing was not in vain.

Posted by ShakesandStones at 9:43 PM 5 comments:

We all know that smoking is bad.  The amount of publicity anti smoking ads get and the fact that (at least here in Australia anyway) places that sell tobacco do not have tobacco brands and advertising everywhere but have really gross pictures of smoking related health issues and bold written warnings.

This website is a really cleaver and graphic way of explaining what smoking can do to harm you.  Take a look and stay well:)

Tobacco Body
Posted by ShakesandStones at 3:31 PM No comments:

Get your RSS here